Mortgage Rates Crash The Most Since 08 Financial Collapse

The laws of supply and demand have appeared in the home mortgage market. 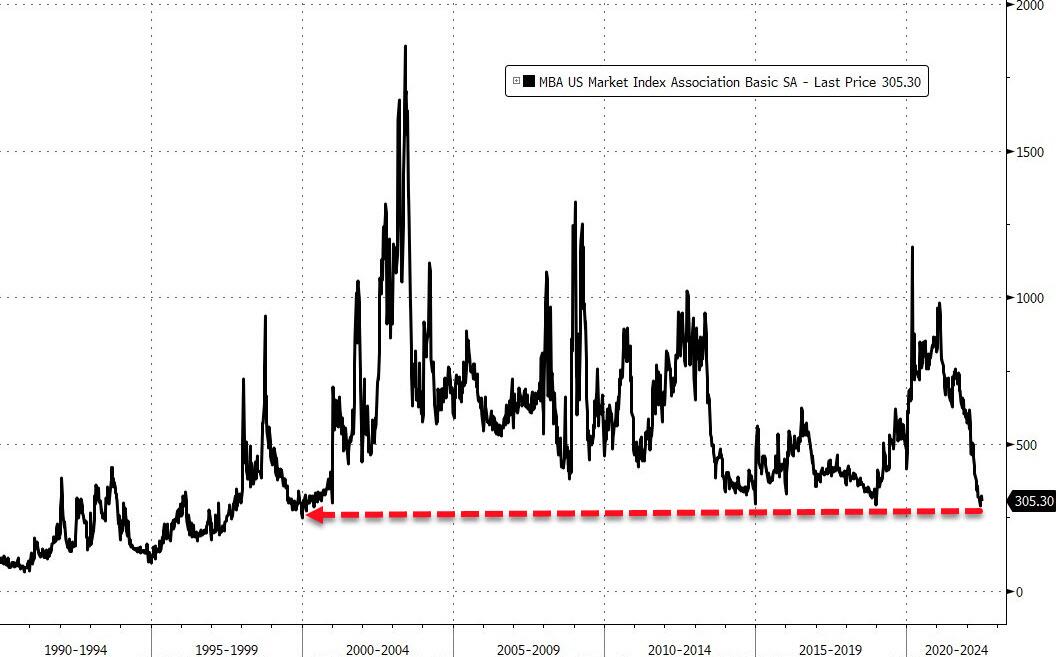 Judging by the total collapse in mortgage applications, it is clear that as the ‘price’ of loans rose (rates) then the ‘demand’ for loans evaporated. Simply put, if you were writing mortgages at such high rates (amid near record low levels of affordability) you are doing no business at all

So you lower the price of the loan (rates) to encourage demand. With the 40bps crash in rates this week, it appears the fecal matter really hit the rotating object in the mortgage providers.

“Because of falling mortgage rates, homes may be more affordable than they were three weeks ago,” Holden Lewis, home and mortgage spokesperson at NerdWallet said in a statement. “There were few, if any, times you could have said that in the first half of 2022.”

Good luck with that idea. Rates are still up massively from levels a year ago – and home prices are at ever higher levels too.

“While the drop provides minor relief to buyers, the housing market will continue to normalize if home-price growth materially slows due to the combination of low housing affordability and an expected economic slowdown,” said Sam Khater, Freddie Mac’s chief economist.

Of course, the big question is – Will Powell be pleased? Because prices are not really coming down much on the homes themselves (yet). This market-driven rate-cut stimulting demand is not what the inflation-battling folks in the Marriner-Eccles building are hoping for. 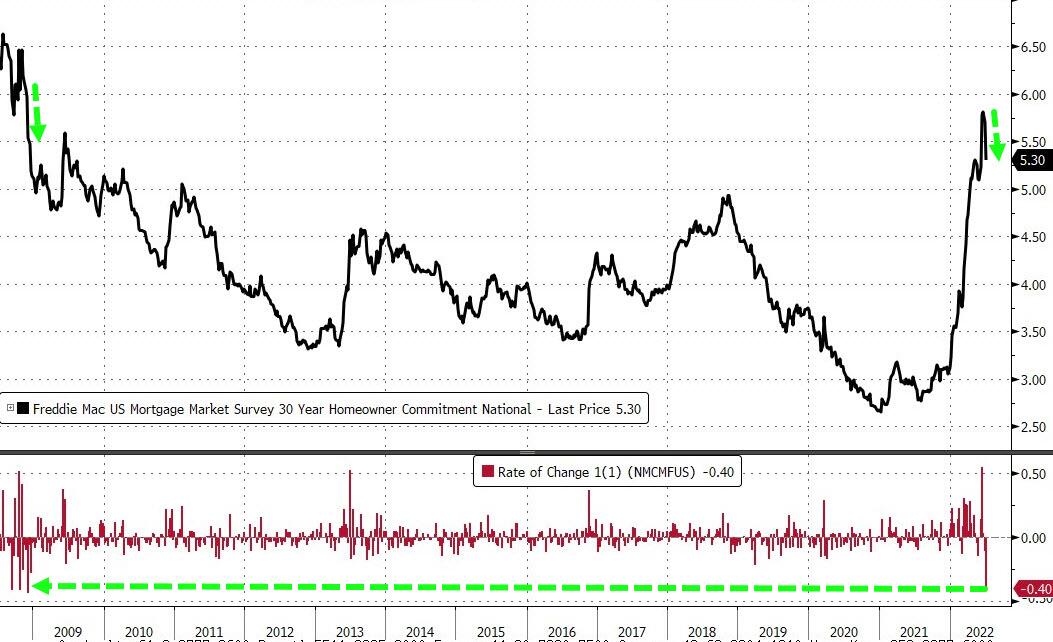 Get Matched with The Best Provider

No pressure, No Hassle, No Commitments

Inquire for a Loan

Lenders/Banks of all types exist and are looking to lend for asset backed mortgages or loans that make sense.

Depending on your broker, he/she understands who are the best loan providers for your loan needs.

© 2021 • GetApprovedLenders is a Loan Referral Network

Back to top
Page load link